The Most Commonly Asked Questions

We have assembled a variety of Q&A topics below, and will be constantly adding to the collection. 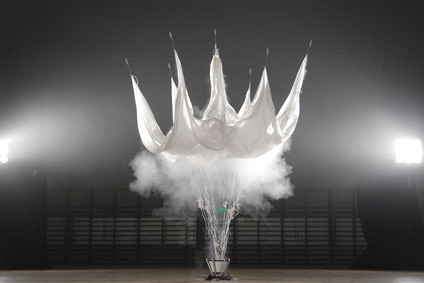 Does the parachute eject automatically?

Yes, the ParaZero system is completely autonomous. The Parachute is triggered automatically using the SmartAir system (with its independent sensors and backup power), depending on a set of parameters. Automatic activation occurs in cases of free fall, breach of roll angle, or complete power loss. While the parameters can be modified by the user, we do not recommended varying from defaults. SafeAir can also be triggered manually by the DJI extension or a dedicated remote control.

How can we be sure the rotors won't tangle with the parachute wires?

How much altitude loss occurs before the parachute will open?

From trigger, at ISA conditions, and no wind, it is on average 7 meters to full parachute open, depending on payload weight and atmospheric conditions.

Is there any indication that the system is ready to go before takeoff?

The ParaZero system includes a built-in self check mechanism that alerts the user in case the system is not operating prior to take off.

Do I need to send the drone to you for installation, or can I mount the recovery parachute system by myself?

The system can easily be installed by the user. The product comes with detailed instructions, and we also have an online tutorial video.

Does the parachute system require power?

The system has its own power for activation. It is initially charged by the drone’s batteries and requires very low energy, and thus does not affect the drone's power. The system automatically deploys if the drone's power runs out or fails.

What will be the expected impact energy based on total weight of the sensor and drone?

The impact energy is between 69-160 Jules depending on the payload.

The SafeAir parachute system is a last resort system, such as airbags in cars. The system was designed to protect the drone, sensors and hopefully any structures or people involved on the ground. Thus, the system has to be examined, packed, and pass quality control by the manufacturer. After the system is deployed, it may be more cost and time effective to purchase another system or a "cartridge" from your authorized dealer. Repacking by the manufacturer is available as well.

How does the SafeAir system interfere with the aircraft GPS?

The system was designed not to affect the GPS in any manner.

What kind of sensors does the system have?

SmartAir has an onboard IMU with accelerometer, gyroscopes, and a barometer sensor.

What are the ParaZero advantages compared to other parachutes?

ParaZero systems include the “SmartAir” Auto Deployment Emergency Computer. It has several advantages:

3. Includes an independent Flight Termination System (FTS). Stops the props, preventing parachute entanglement and protecting people from high RPM propellers. It does not have to be connected or integrated with the M-600 flight control system.

How does one prevent system from deploying unintentionally?

The system has very high reliability as long as it is properly operated and maintained. The system includes Arm/Disarm capability (Arm only when airborne); operation safety pin; and a safety cover.

Can the systems be sent/taken on commercial flights?

The systems are DG Class 9 and are sent via FedEx an other carriers via air, globally. Please show your carrier the DG Class 9 certificate (which will supplied by ParaZero) when making flight arrangements.

Will a SafeAir system bring my aircraft down without damage?

Our tests have demonstrated that the orientation of the falling craft influences the outcome, and can result in minor damage, such as broken propellers, for example. The SafeAir recovery system vastly reduces the energy involved in an impact, thereby reducing potential damage.

For how long are ParaZero products warranted, and what does the warranty cover?

All ParaZero products have a one year manufacturer warranty, which covers manufacturer-related defects, errors or faults in the product. Please see detailed warranty information on the ParaZero website.

With this system, can I now fly over people?

No matter how safe your aircraft is, we never advise users to fly over people, but if regulations permit, SafeAir greatly reduces the risk involved.